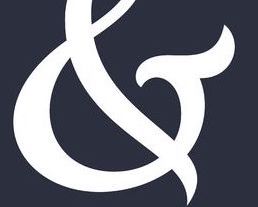 The joke consists of contorting one’s body to resemble an ampersand, and appears to be, at the very least, exceedingly painful. The origins of the meme are unclear but may have began from a series of viral tweets containing Renaissance-era anatomical sketches. The subjects of these sketches were performing said pose, while the tweet itself was captioned “when it’s summer and you’re trying to find a good sleeping position”. Notably, one appears to be unable to perform the pose unless they have visited the tweet’s original Twitter link.

This reporter encountered a group of fellow freshmen performing this “&-pose” in front of the Totman Gym. the following interview transpired between himself and a freshman who requested to be identified as “DU”.

PH: “Hello? Could I talk to you for a second? I’m an important reporter.”

PH: “Tell me about this ‘&-pose’. I don’t get it. Does it mean anything? Like a symbol of solidarity for something, or, say, rising up against oppressors?”

DU: “Whatever. Memes, bruh!” he replied. (At this point, DU, contorted himself into an anatomically impossible shape.)

This reporter will stick to the fax machine for his daily meme dosage. Until next time, this is the Purple Hermit, signing off.

For more articles by The Purple Hermit, click here. To get in touch with this writer, email purple.hermit@surrealtimes.net.