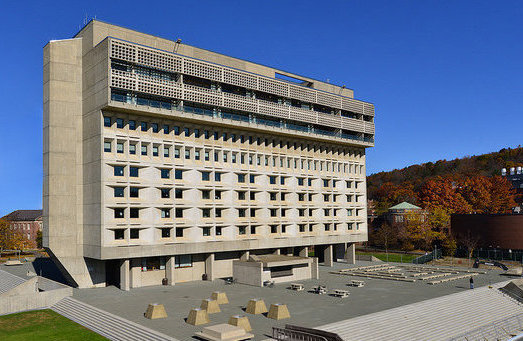 AMHERST, Massachusetts -- Teenie’s comedy collective came to town last week. The aristocrats sat high and mighty in their campus hotel rooms while the down and dirty plebeians of the digital age, thin and frail, but also saggy, crawled the stairs of the campus center plateau.

Limousines could be seen beside the parking garage, their window tints masking tophats and cigars holding gangsters hostage in their cooshy seats. We knew the gangsters were there because the bright silhouettes of glowing fair ladies, petting their lap animals, penetrated the tint. And with every fair lady comes a gangster or two.

Reverberating were the jokes of Subtle T, the high school fuck up who, when victim to a mix of acid and bicuriousity, got a trombone lodged down his throat (in the 10th grade).

Subtle T very glottally made a fun joke. And the simple peasants, like amebas or swarming insects, laughed, while they crawled over each other’s bodies, viciously fighting and stepping on each other in order to get closer to the source of joy in their lives.

As these single-celled organisms laughed, the marmalade-drinking cock-o-doodles in the campus center sat in their high armchairs and ba-cocked and tossed paper airplanes, that they’d conscripted their dumb but pretentious home-schooled kids to make — down, fluttering down, accellerating, thrusting, zipping, and darting into the amoeba crowds, popping them like balloons. The kids couldn’t understand why their mommy’s and daddy’s were laughing.

Let it be known that each bursted ameoba let out a burp on its way out. And let it be known that the fair lady’s were petrified by such mismanners, and that they as a result pulled their gangsters by their ears to leave. Their gangsters, of course, did not wish to go. However, when the fair lady threatens to throw a gangster's prized fuzzy out of the window, the gangsters obliges. Driving off were the limousines….

All but one drove off. The final remaining limousine, I noticed, had it’s driver’s door open. The gangster in the passenger seat looked bemused by the general state of affairs in addition to his personal driver’s absence.

In the pile of ripped rubbers, atop the campus center plateau, it was clear some sort of something had been fucked, in all likelihood many times over. The winds picked up, and a great many rubbers were blown up into the air, being tornadoed around the campus center obelisk and suctioned inwards by some pussy or another that may or may not be the entirety of the upper class.

In not too long, the great many brutal windows were coated in latex.

Left was a pile of skinny, decrepid souls, wearing backpacks with hundreds of pounds of nothing inside of them, laying dead, surrounding the spot in which SubtleT had a priori been making things funny.

Where SubtleT had once been standing, however, now was an empty pocket. It was as though he inhaled deeply like a balloon as he is so capable of doing, before being frozen into ice, before disappearing and leaving an air bubble in his absence.

I blinked my eyes shut real hard, when for no reason at all I erupted in laughter. IN THE AFTERMATH of my stomach contortions, I heard a deep reverberating tone from above. I looked up, and there he was! — on the top of the obelisk! Subtle T, with a normal-lengthed neck and a trombone in his hand not his neck! And a fair lady in his opposite arm.

I blinked. In the process, I lowered my head.

I look leftward. What I saw shook me to my core. I witnessed a massive tyrannosaurus-rex-sized armadillo, devouring this gangster’s limousine, as well as each one of his friends, and each one of his fair ladies. The beast mangled the flimsy car with his jaws, gulped it down easily, and walked off.

Once more I heard SubtleT roar, not so subtle anymore! Something more and in his arms a fine whore!

Watching the dinosauric creature stroll into the UMass sunset, I saw three glowing bulbs in the side of its stomach. And it was then I learned that a fair lady will survive anywhere she lands.

For more articles by Alfred Humbleton, click here. To get in touch with this writer, email alffumbleton@surrealtimes.net.