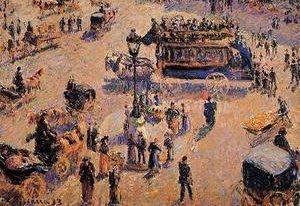 Princess Geraldine, of Sunderland, rolled in at the apex of a grand convoy of stallions. Pulled by especially broad beasts in the rear was a carriage supporting a most giant shower curtain hiding object of mystery behind it. The people of Sundy gathered 'round.

A luminous little person unmounted his steed and took position affront the princess. He read words from his ancient scroll: "I am Meaelliois. Hello. Now, people of Sunderland, all kneel. The Princess will soon speak."

The princess dealt out a timely pause, drumming much anticipation. Then she announced, "Before you today, I stand famished. I am famished, and I am sexually frustrated. I detest the color of the sky, and I wish for nothing less than to die."

The crowd, it gasped. The princess looked into herself through her palms. And then she peered backwards into her own head, by gently rolling her eyes backwards, as though she was searching for something inside of there.

In blew a gentle breeze, on this snow-blanketed December day.

The princess clapped her hands, sending a booming echo throughout the valley. This scared the frail inhabitants of Sunderland into shivers.

"But I cannot die!" the princess yelled, "because you imbeciles will starve without my most wisdomous oversight, and I will be remembered forever as the enabler of your starvation. I cannot have that, and I will not have that. I will refuse to go down in history as the despicable negligent who let helpless helpless Sunderland, the land of sun-bathing dergs and dans, wash down in the Connecticut."

Again, the queen paused. She lifted her eyelids with her hands, and displayed to all her overrolled eyes. The sunderlers awaited her next words -- and more anxiously so when the small spokesperson man, glowing like an aged bulb, led the curtained surprised to the open space between the princess and her people.

An elderly sungurgler could not help himself, and so he broke silence. He asked, "What is it, my dominating princess?"

"Shut your lips, small frail man!" the princess beckoned, having snapped from her trance. "Now, people of Sunderland, lay your eyes upon the fantastic solution to yours and my woes, provided by yours truly and certainly cutely."

The Princess curtsied. She batted her eye lashes. In the meanwhile, the little person, still glowing, pulled the curtain - revealing the surprise.

It was a massive creature with no head and flaccid tow ropes for arms. It swayed side to side.

The Princess pressed her finger the left side of her nose and whistled through her right nostril. The rope-armed creature begun twirling its shoulder stubs, spinning its ropes like the bones of a hurricane, swooshing spirals through the air.

The crowded ooh'ed and ahh'ed, in both awe and great fear. Shortly thereafter, they were sent back into their homes by the princess. She and her convoy left Rope Arms ^Goliath in the center of town, alone to do his work.