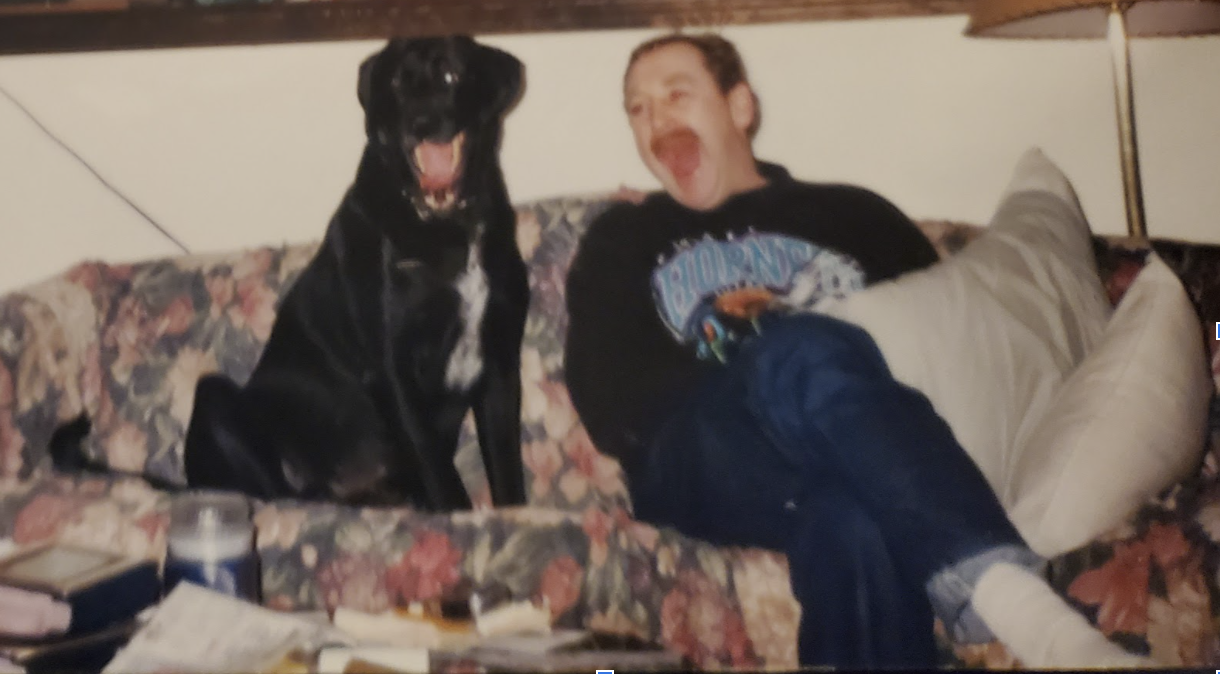 It was a ruff day for this burglar, when the 6-year-old St Bernard, Charlestown Bukowski caught him in the act of stealing a couple Faberge garden gnomes from a local swampscott front yard. Smelling crime, Charlestown pounced out the front door immediately jumping on the would-be thief, restraining him as he tried to make his escape into the night. Charlestown, a distinct believer in Scalia Justice, brought the low life down to the basement and tied him to the radiator.

Once the case broke, briefly there were questions about how Charlestown's owners didn't hear all the screaming. When asked his owner Marge Flint responded:

"We tend to give him free reign of the basement-"

"Yeah, he sort of leads his own life, He's very smart like that. He’s vet says he's much smarter than he should be. You know, it's funny, he once even figured out his zipper-"

"Harold, let's focus please. Haha, basically he's so good we just, you know, let him have his space, he's loud sometimes, so we had no idea."

Matching his every scream and howl like most dogs do to fire engines, Charlestown was able to make sure that no other criminals would hear his elongated pleas and try to free him. This quick-thinking Saint Bernard figured out exactly how much food would keep the gnome napper's already emaciated body alive for his coming 6-month.

He even went so far to edit clips of movie characters speaking to sound like the burglars' family repeatedly telling him things like' "Your beef stew is chewy", "we don't miss you and Randy is better anyway", "we sold your nutcracker collection." "we barely even notice you're gone" and "we've decided to take Randy's last name." Turns out this puppy's computer skills are nothing to bark at.

The burglar only finally escaped when Charlestown was volunteering at Swampscott Animal Control's Euthanasia Truck. That's when one of his owner’s husband, Harold, came down the basement to bring Charlestown his Wall Street Journal mistook the gnome-knapper’s near corpse for an old halloween decoration and threw it out. The gnome knapper is currently awaiting trial in Middleton Corrections Facility. While Swampscott locals have created a Change.org petition to allow Charlestown to serve as a witness.

[Pictured above: Unrelated Dog and Man, both very good, would not torture a fly. ]

For more articles by Micheal O'Really, click here. To get in touch with this writer, email michael.oreally@surrealtimes.net.