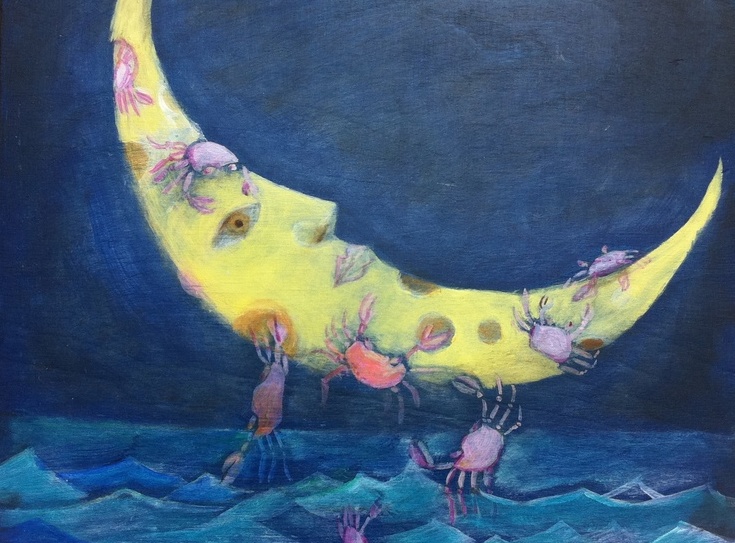 On the Moon there is water, and there as well exists water within and encasing the Earthbubble (a large gelatin-like blob in The Milky Way that for many years has stabilized a meteor in its belly). Call these respective waters moonwater and earthwater.

Long ago, all earthwater was segregated into four interlocking earthwater living quarters. Only three of these remain inhabited today, known respectively as: Big Motel ze Gaseous, Flats Campground, and Viscous Trapeze Hammock Park. The sole uninhabited quarters is now referred to as Mangontica, but was once called Breathhowl. The waterquarters are ranked in the descending order written, in the sense that inhibitors of higher ranked earthwater typically may descend levels temporarily if they so desire and are able. In contrast, those living in lower ranked earthwater will more rarely and with greater difficulty vacation toward the higher. Of course, most things are not impossible, including nothing being possible.

The modernly inhabited quarters are home to many fishes, jellies, crustaceans, rocks, and minerals. All of these entities have been living rather “interactive” lives recently — “interactive” being a negative adjective in modern earthwater culture. So, when earthnews outlets disseminated knowledge that moonwater does indeed exist and in great volume, the entities hastily multiplied. They multiplied by dividing at the pace of a colony induced into panic after falling into a half-full bucket. They produced many offspring, and sacrificed themselves as steps for their youth could climb upon.

One youth’s yell reverberated across the universe. “For the isolation of the entities, let us on this final occasion interact!”

As I dictate through my mind cathode, a million trillion earthwater entities (more than I ever imagined existed), are forming living chains and ladders, and building living convection gliders, and whipping many feats of colorful engineering from their pocketbooks, in order to scale upwards and ultimately escape the bounds of the Earthbubble.

Many distant onlookers have wondered for what reason they do this. I am here to explain. Through my investigations which I cannot speak of without risking a blip in my wormhole, I have learned the following.

Moonwater is a cold motionless wonderland without time. Life stands still there — wonderfully or terribly, relaxingly still. The very tightly-wound earthbubblers learned about this stillness after State of the Moon Address was leaked. And now they are banding together with great cohesive hustle, once and for all, in pursuit of their apogee = chilled isolated permanence.

What the earthbubblers do no not understand is that they would not need to go to such great lengths traveling moonward had they not ever begun traveling moonward originally. This is because Breathowl earthwater is a near-equivalent to moonwater. But by drumming up so much heat through friction and other maneuverings, they are disintegrating Breathowl into Mangontica.