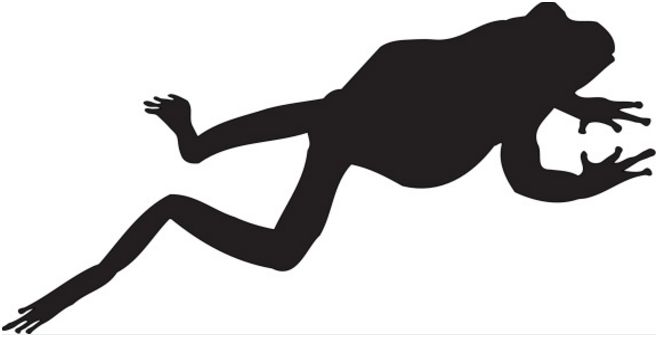 Strange as it may seem the following tale is truthful from the waist down.

For some time authorities were receiving misleading tales of walls singing. Songs of an old frog man, is what they called it. But nothing like this was the case.

Distracted by the everyday songs, it seems nobody realized that the plumbing inside the walls of the laboratory was expanding as more and more frogs crawling through the openings of the water pipes. Instead of serving its purpose of removing excess water it was serving the purpose of gateway entrance to frog paradise. Because of this, after the whole affair was over, many criticized the use of water pipes in the first place; it has not rained here in over a year. These are the same ignorants that did remember that it snowed only a few days ago and still seized to see the point.

Because nobody payed attention as what were hundreds of toads and frogs croaking from inside the wall, some even dismissed it as, “the building's settling.” Although there are many testimonies of individuals who claim to have heard some unusualities; auditory memory is vastly unreliable and memory seems to fake itself even faster than any other sense. Thus the auditory testimonies cannot be verified as horrible erroneous or blatant truth-telling.

It is calculated the frogs perhaps had began to find comfort inside rusty water pipes, they had been nesting there for about a month's time before the the pipes erupted due to condensation of pressure build up in between the bodies of the croaking visitors. The building called Morrill Science Center was flooded and most of the frogs didn’t make it. As the metal expanded, the pressure burst the pipes sending many of these poor amphibian bastards flying through the air like ricochet bullets, something that their biologies simply did not anticipate.

The building, which many consider a maze, is still being mapped out by experts. Naturally, no one is quiet certain in which lab the flood happened. But it is known that the unlucky lab was the residence of hundreds of zebrafish living as peaceful test subjects for no good reason. It seems that as the frogs crashed into the glass tanks, many of the zebrafish also did not make it past the full moon night.

The actual evidence is the testimony of a man called Krassniak who claims to have found hundreds of cadavers of his adored fish laying next to their kamikaze murders. He wrote in a notepad the following:

They’re dead and I can't believe it. An unlikely romance.

He has yet to be reached by both authorities and newspapers. The case is still open.

For more articles by Cro Raka, click here. To get in touch with this writer, email raka.cro@surrealtimes.net.