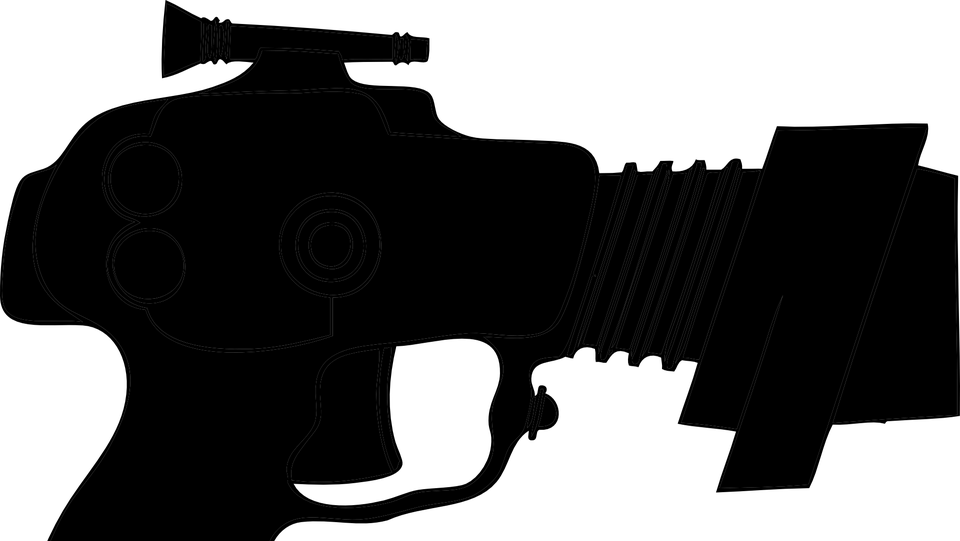 During the weekly Surreal Times newsroom meeting, a first-year writer was seen jumping up and down repeatedly in the corner of the room. When asked what he was doing, he responded, “I’m trying to get in the glitch.” Once it seemed obvious that no progress was being made, we began our meeting while he continued to jump.

Twenty to thirty minutes later, there was a zipping sound and a flash of light. The news team turned to find the new writer’s body halfway phased within the wall. “I fucked up,” he said. “I’m trapped, I can’t get out of the wall. Something went wrong.”

We asked him how we could help. His face pale and lacking any hope, he removed an item from within the wall. It looked like some sort of alien phaser gun. “You can’t help me,” he said, “I’m stuck until the game is reset. But maybe you can make use of this somehow. I don’t know what it is, but it seems dangerous.”

As he handed the phaser to one of our editors, he accidentally hit the trigger. A muddy green-brown beam misfired and hit one of our journalists in the chest. He was not seriously injured but was knocked over and made to feel sick. His crotch suddenly became so itchy that someone needed to carry him to his car.

The next week, this journalist emailed the team to inform us that he would not be in attendance due to his being diagnosed with gonorrhea, trichomoniasis, and two other difficult-to-pronounce infections. This sudden onslaught of (non-)sexually-transmitted diseases caught him completely off guard and without any possible prior explanation.

We at The Surreal Times are grieving for our two friends and collaborators whose lives have been tragically knocked off course. They did not deserve this.

We are also looking for information. Firstly, regarding this otherworldly weapon which should be kept far from anyone evil enough to use it. Secondly, regarding how to extract a failed glitcher from a wall. We are keeping him warm and fed, but the other side of the glitch seems to be stealing his nutrients and warmth, and he is not happy.

Please contact us with any relevant information at management@surrealtimes.net. Thank you.

For more articles by Ned Greebly, click here. To get in touch with this writer, email greebly.ned@surrealtimes.net.