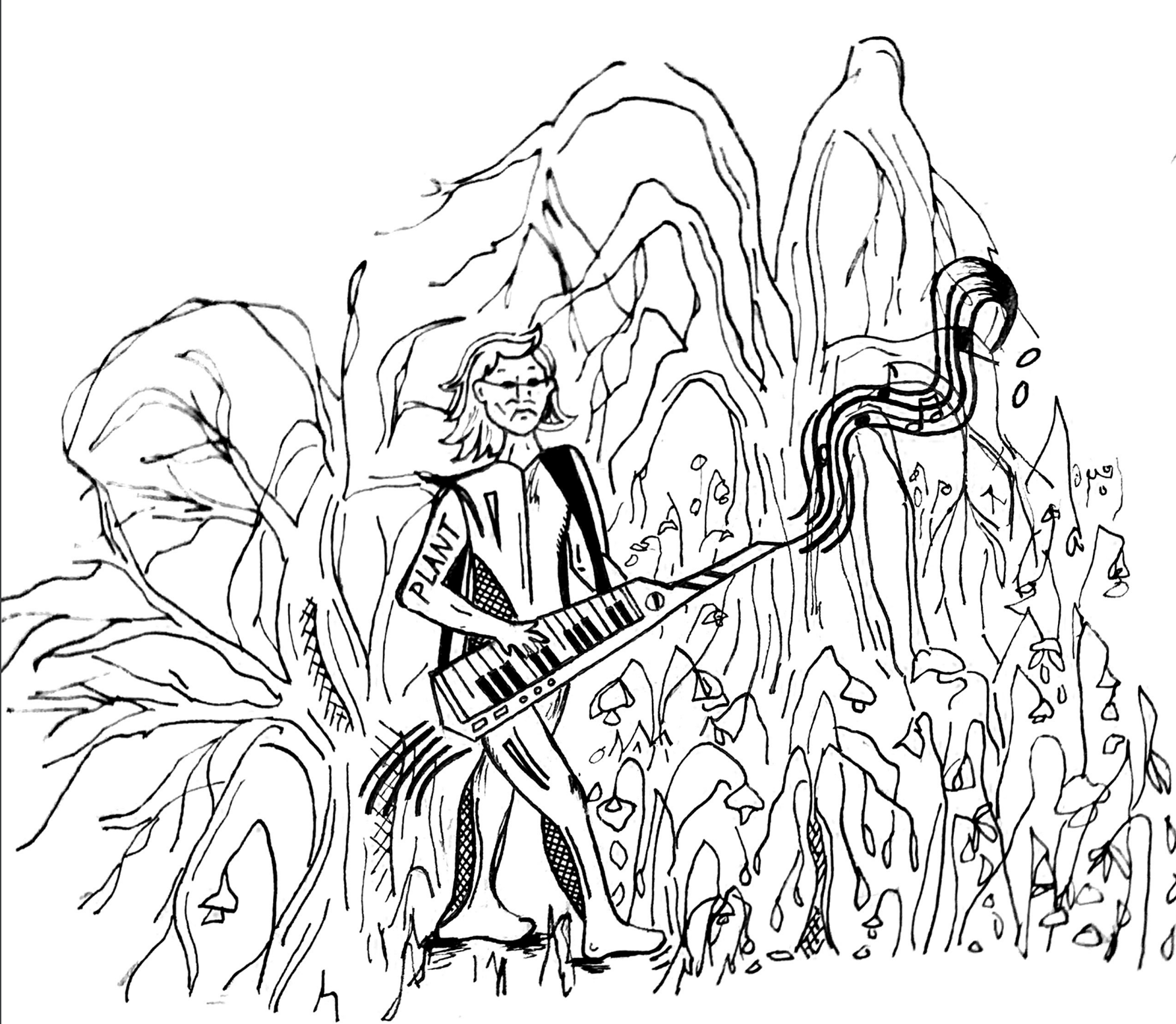 Amadeus Huntington grew up with dreams of becoming a famous rockstar like Ozzy Osborne or Marilyn Manson, but his music career never quite took off. Huntington spent the last decade traveling around the west coast playing at small coffee shops and open mic nights, and absolutely no one liked his music. In order to give himself an edgy persona, Huntington insisted on only playing diminished scales and chords, giving his music a distinctly unpleasant and dissonant quality. People were also put off by his keytar, which seemed like an unnecessary instrumental choice for a solo act. Now as a 35-year-old living in his parent’s basement, Huntington had to face the reality that he was not the second coming of Jimi Hendrix.

A few weeks ago, Huntington shuffled out of his damp, cheeto-air filled basement and into his parent’s luscious garden. It was a gorgeous Spring day with birds happily chirping, the leaves on a nearby maple tree shimmering in the soft sunlight, and children laughing in the street while playing stick ball. But the cheerful atmosphere around him could not distract Huntington from his miserable life, and a knot of self-loathing and hatred tightened in his stomach. As he sat down next to a bed of bright red tulips with his trusty keytar, Huntington played a few melancholy notes up and down the C# diminished scale. Then he started playing a melody that was so painfully forlorn that he started weeping amongst the plants.

He channeled all his sadness, all his pent-up frustration into his keytar, and the musical output was pure misery embedded in sound waves. And then the strangest thing happened: all around him, the bright, healthy tulips began to wilt and brown. Huntington kept playing, as if entranced by this newfound power to destroy healthy plants with his music. As the petals of the tulip flowers atrophied away and the plants collapsed in a withered heap, Huntington felt a sense of control in his life he had never before felt.

To test out this new power, Huntington traveled to Antelope Valley, home of the largest reserve of poppy flowers in California. The gentle rolling hills in the valley were a beautiful tapestry of dazzling orange, red, and purple poppies as far as the eye could see. Huntington, now drunk on his plant-killing power, brought the largest amplifier he could find and set up to play his keytar in the middle of the poppy fields. As tourists gasped in horror, Huntington started playing his diminished melody amplified to 150 decibels (almost enough to burst your eardrums) and watched in maniacal delight as scores upon scores of once-beautiful poppy flowers shriveled up and died.

That day, a new supervillain was born. With a keytar strapped around his back, a tight leotard suit he ordered off of Amazon, and a new tattoo that read “plant-destroyer,” Huntington travelled around California playing his dissonant songs and destroying every healthy plant in his path. It has been confirmed to the Surreal Times via an anonymous tip that Huntington has begun to make his way across the country, starting from Los Angeles and working his way to New York.

The last known sighting of Huntington was at the Japanese Friendship Garden of Phoenix, Arizona, where with just a few diminished chords, he was able to wipe out the entire garden. It appears his powers are becoming increasingly potent, and authorities are concerned he will not stop until every beautiful plant in America is eradicated. If you have information on this supervillain, please contact us at the Surreal Times. Justice must be served.