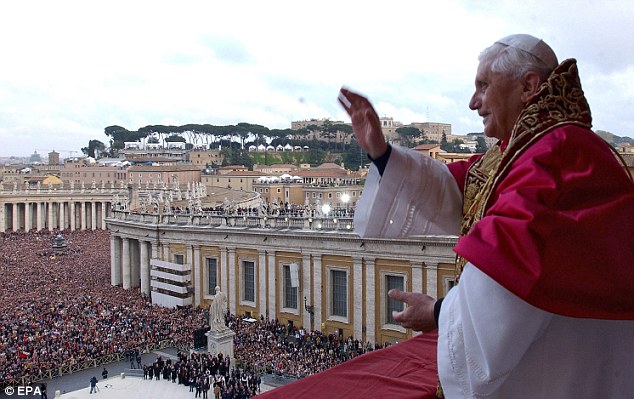 Sat, did the citizens of the world. Millions upon millions of them, arranged in great rows of rectangles of chairs, awaiting the pope in his high tower. His word, they thought, would give them the freedoms they sought.

He emerged on his balcony adorned with bags under his eyes and puke on his shirt. When he spoke, he burped.

The light reflecting from the December snow into his eyes caused in him a most enormous sneeze, splatting snot on every and each Christ Man’s cheeks.

Those there dropped to their knees and proclaimed, “God, bless the Pope! He has sneezed a great one. So we pool together our hope, and call on the Great One!”

Each turned to his neighbor, and then to his other. Left licked the face of right, and right the face of wrong. Together they made the snot be gone… .. echoing, “We clean each other in anticipation of the church’s mother.”

On came the dame, adorned in a white/gold dress and fame. She emerged on the Pope’s balcony. She grabbed his ear. Surprised but knowing, he secreted deep fear.

He tried to speak, but (under her) he was weak. He struggled, befuddled, and, by her hand, muzzled. In short order, the Pope had been diced into many fine treats.

The church’s mother waved her fan upon her brow, cooling before retreating inside. A red-faced dwarf emerged, destined to feed the world.

The dwarf returned inside the Vatican, closing softly the doors behind him. The people munched their treats. The people sprung to their feets. The people turned into freaks. Their ears bursted fast flowing leaks. They jumped and worried and squeezed, ran in many tight paired figure-eights, and moshed. Down spiraled did the climax of the riot.

For more articles by Dernberger Spengleton, click here. To get in touch with this writer, email spengleton.