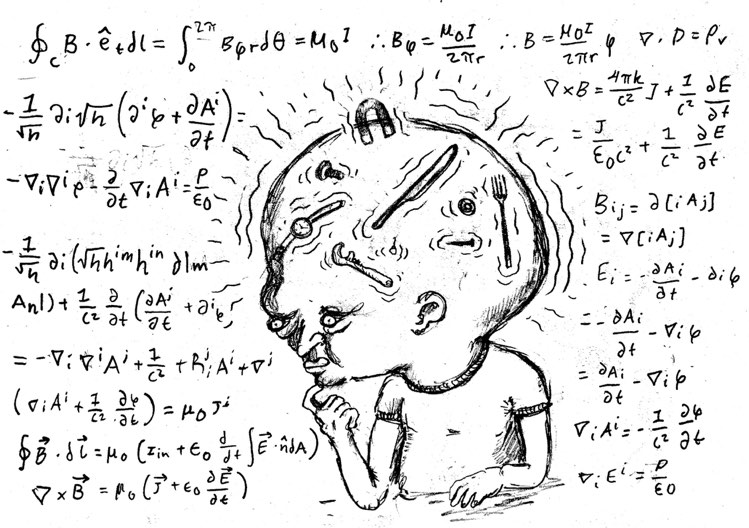 “If you approach him too closely while he’s thinking,” his mother said, “your earrings will be pulled from your ears and pressed up against his head by a magnetic force. You won’t be able to get them back until he finishes solving whatever problem he’s working on.”

Mustaffah Giles is 4 years old but attending university-level courses. He is the captain of the math team at two separate universities and is well known for his mental power. He is normally very relaxed like a zen baby. But, when he does think, he thinks so intensely that his brain becomes a large electromagnet producing strong attraction forces. His train of thought cannot be broken due to his extreme focus. So, if you happen to be in his vicinity while he begins thinking, all of your metal items will be pulled from your body and pockets.

“Mustaffah wears a helmet to school now, to keep him safe.” His mother explained, “We’ve asked his classmates to avoid carrying metal objects, but not everyone respects our request.”

Mustaffah himself hasn’t responded to our questions. He just sat there in a vegetable-like state waiting for us to leave. Notionally, he has important problems to solve and cannot spend time talking to reporters, even though I agreed to not bring any metal into the Giles family home.

Despite being rather terse during our conversation, I wish Mustaffah the best and am excited for what great things he will do in his future. His professors tell us he is interested in quantum physics and electrothermonuclear quark dynamical systems as it applies to chaos theory. How exciting!

Fair warning, though: Don’t bring your cell phones or computers near Mustaffah! His brain is known to wipe hard drives. And, for this reason, he himself cannot use modern computers. His physics calculations are done strictly by abacus.