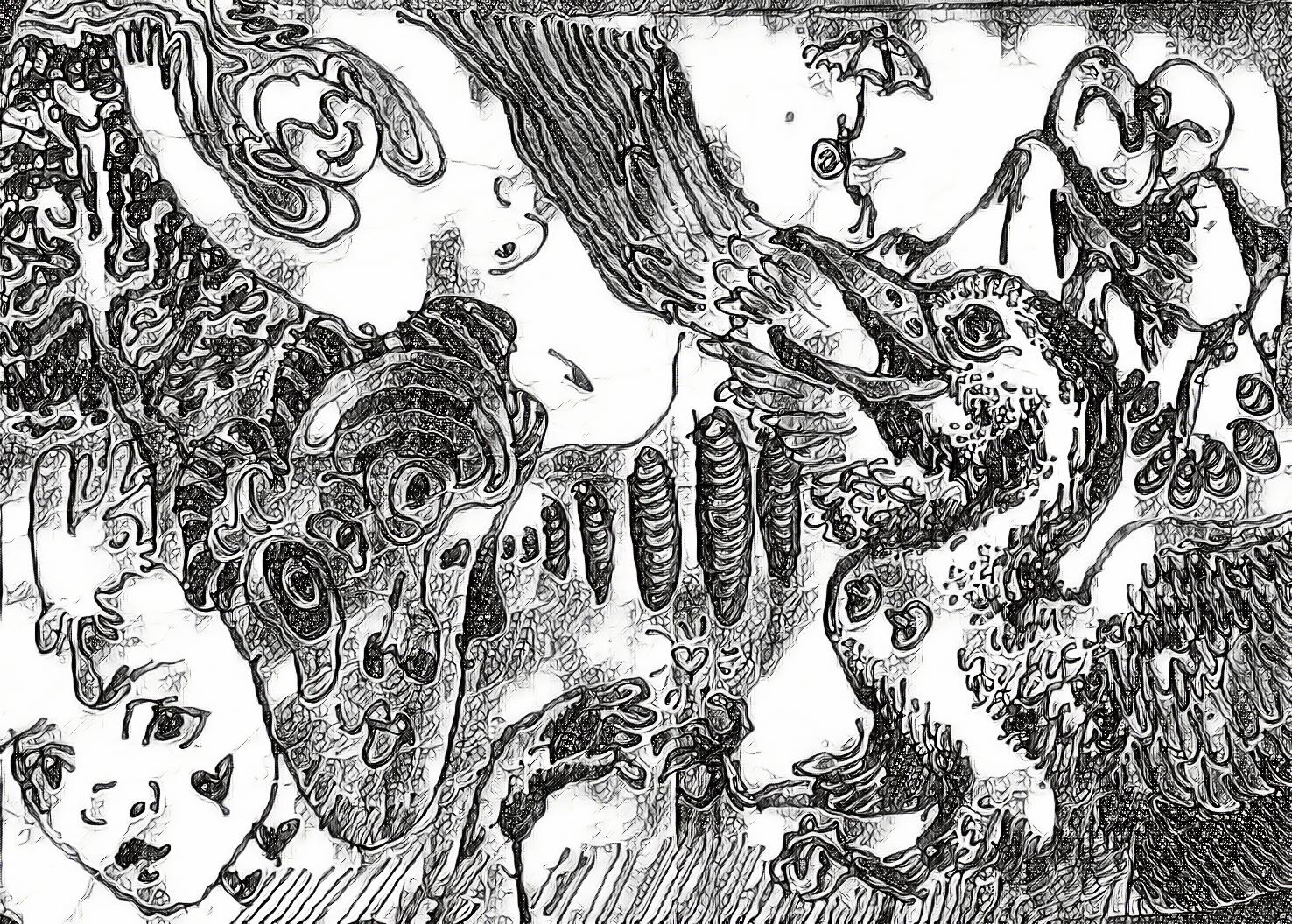 The mime lifted his own head from his body, holding it in the air. The body fell to the floor, but the mime's head remained levitating. A third eye emerged from the center of its forehead. Stick figures jumped from the mime’s ears and parachuted to the ground using umbrellas and yelling, “Mother Wings has been summoned".

A phoenix flew in spiral patterns down from the heavens, encircling the mime's head at an accelerating pace. Finally the bird came to a standstill. It’s nipples hardened. Then it unleashed a tremendous squawk before aiming its beak at the mime’s 3rd eye. From this point on, much of what ensued cannot be transcribed into human words, but I will do my best.

Both creatures blasted physic frequencies at each other. Versions of themselves died off and fell to the floor. The universe contorted around them like a trampoline with great weight in its center.

The mime head’s nostrils widened to the size of half his face. He looked towards the sun, tempting a sneeze.

His mouth launched a stream of energy orbs traveling toward the Phoenix’s throat. Just in time, the phoenix unleashed a spaghetti string energy mesh from its chest, counteracting the incoming light orbs.

In the aftermath of this tremendous display of power, both the bird and the mime recognized what was at stake here: Their right of passage in the physical realm. The phoenix, having met a formidable foe, took off in flight, circling upwards and howling.

The mime signaled his uni-brow, summoning his body to animate back to its rightful place under his head.

“Hi everyone,” said the Mime from a stage towards a big crowd, “I know I’m not supposed to talk, but I feel obligated to explain that all of that wasn’t part of the show in any way. I have no idea what just happened. In those five minutes, I experienced the most extreme depths of hell and heaven, confusion beyond anything I could ever hope to comprehend. I’m unsure what else to say. I suppose we can continue the show now.”

At the crowd's applause, the mime began to ride a unicycle and juggle per usual.