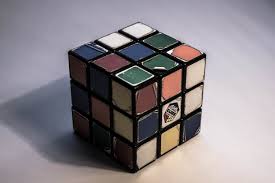 Professor Burgowittz has for many years maintained a reputation of the highest caliber here at The Surreal Times. We long ago learned to expect consistent and flawless output from his pen, and he has always fulfilled his expectations and more so.

Last week, however, brought an abrupt change in the professor. He came to us, seemingly with a different brain, a spell cast over him, or having been disease-stricken, and with a piece of cryptic alleged journalism in his hand. He insisted that it was solid work on his part per usual. But, to us --and to our largely earthling-comprised readership-- it was intractable.

Four times, we sent him our scrupulous edits, and four times he replied with equally codified writing. Each time, his frustration grew (as did ours), because neither we nor he wished to go through such strenuous editing protocols. But, what could be done? We were ultimately forced to send our most respected Burgowittz home for the day.

As thanks to the professor for his contributions to our cause, we committed to publishing his latest work despite its flaws. In fact, we opted to show it on the front page. It was Friday. We assumed he would return to work normal on Monday.

But, to our dismay shortly later, we received a phone call from the professor himself. He announced to us his official resignation. And, in response to our subsequent inquiries as to why he had decided to resign, he provided us with a momento: a rubix cube. The moment we set this cube down on our examination table, it burst into its many component cubes. Left was a grand mess, along with a note which read: "figure it for yourselves, brain-heads".