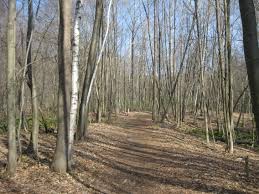 On February 2nd, 2017 this newspaper reported on a five foot tall, innocent looking nineteen year old woman roaming UMass stealing peoples shoes. This woman relied on her perceived naivety to make off with her target’s footwear. It seems now, over a year afterward, that this woman's life has taken a turn for the deadly.

Her meteoric rise to power was paved with blood. Displaying a preternatural charisma, she climbed the gangland ranks to head the notorious Dortmund gang, the Company Men. She eliminated the competition with her signature tabun fingernails. This is why she is called the “Deadly Touch Tarantula": a mere scrape from the tabun coating her nails is enough to kill a man within minutes.

The exact circumstances of her rise are questionable and, frankly, too convenient. Was it a coincidence that the former leaders of the Company Men were killed in a car bomb eight months ago? Was it a coincidence that the rogue woman, now Tarantula, came into a vast amount of wealth shortly after departing UMass? I am on the case, and the Times will document this history as it unfolds.

For more articles by Joe Kierlskegrienger, click here. To get in touch with this writer, email kierlsk.joe@surrealtimes.net.