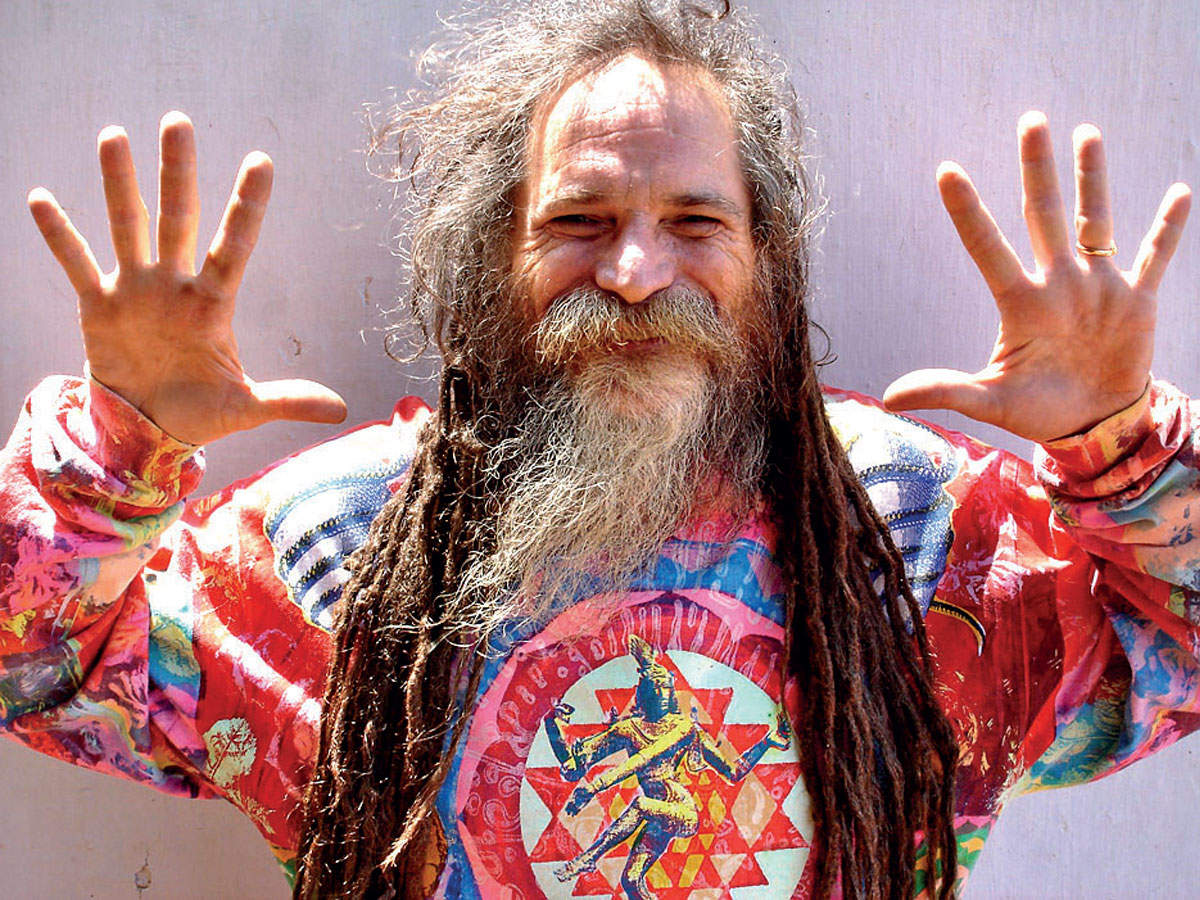 This October, people from all over gathered in the Sierra Nevada mountains for a big party with a (for some) surprising cause: a 70 year old man's birthday and 24 hour DJ set.

This 70 year young Hindu sadu, known by some as Babaji and others as Gil, hosts a 24+ hour party every year as a ceremony of life. He typically plays a 24+ hour continuous DJ set of fast-paced psychedelic trance music without interruption, made possible only by his years of spiritual practice.

In his life, Gil has traveled across continents, through many places and many eras, through many cultures and spiritual practices, eventually to arrive at this finely aged state of wisdom. He spent years in temples of India studying inner dharma, meditating, practicing yoga. He learned the ability to resist extreme temperatures. The ability to stay awake for multiple days using internal energy alone. To not eat, and instead to be fed by the all-giving universe.

Now he is here, in the middle of the mountains, 50 miles from civilization. He is so rounded by free spirits from around the globe, some shoeless and shirtless and in colorful clothes. They are jumping up and down, frantically shaking their limbs, spinning, twirling, growling, laughing in a trance. Gil is playing his notoriously heavy and high BPM music from the top of a pumpkin-adorned shrine. He mixes sounds using tape decks he'd collected throughout his lifetime. The weather is cold, but people keep dancing anyway. The ground is wet, but people continue still. The sun goes down, and people go on. It becomes colder. To compensate for the harsher environment, Gil brings music goes louder and faster and faster. The rising energies combat the cold tiredness of the night.

We go on a journey unlike any other through the cold and darkness of the night and our own minds.

I think back to the day before all of this, when a park ranger blocked me from entering the road to the party. He asked me where I was going. I said "a gathering". He said with a stern look on his face that he knew what I was really doing. I was scared that he would make me turn around and go home. But then he laughed, smiled and waved me on in. This man, ostensibly a man of the law, said he was just making sure nobody wandered into the vortex without knowing what they were heading towards.

How did Gil garner the support of the park rangers for this magical venue? I suspect that he has brought life to their lives as well, and they are thankful for him like I am.

As the early morning sunsun peeks from behind the mountains and the trees, people feel a relief from the cold. You begin to see smiles widening. The dance continues on, ever energized, never having stopped but now enlivening ever more. People remove layers of clothes as the new day unfolds. Suddenly the party feels as though it has just begun.

At the golden hour, Babaji takes photos of the crowd from the booth for his half-century-spanning scrapbook.

During the mid day, people spread out a bit and become playful. Some paint, some play frisbee, share food, do yoga on the grass, commune in the campground teepees. I spend some time juggling.

I leave before the following sunset, embarking on a long drive home back to southern california. Babaji is still going strong after 28+ hours. I was afraid I might never leave if I didn't leave right then. For all I know, Gil is still tranquil and playing music from that very spot today. The people are still dancing. The sun is still bouncing between the beautiful sierras. The air is still clean and fresh.