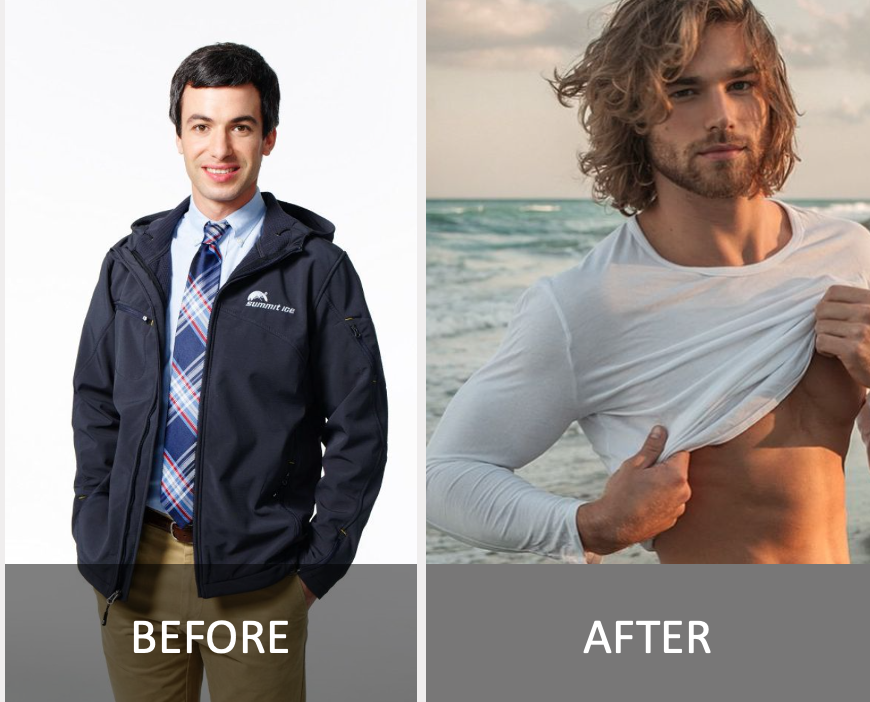 Nathan Fielder was just your average guy in the neighborhood. He was pale, pasty, and probably had eczema. Nathan was a mid-level accountant at a medium-sized firm who lived in an ordinary sized house with his “meh” looking wife and two slightly underachieving kids aged 8 and 10. There was absolutely nothing special about this guy except that he sneezed way more than the normal person. He developed hay fever as a teenager, and has been sneezing constantly ever since.

But all that mediocrity changed one fateful wintery day – December 25th, 2020. That day started out like any other day for Nathan. He walked over to work, put in a few hours behind the computer filling out expense reports, and took off at around noon to visit his favorite hot dog stand in Central Park for a quick lunch. As he walked back to work after gulping down three chili dogs, a gust of wind carrying some pollen caused Nathan to sneeze -- just like he had done a million times before.

But this time something was different. From a nearby park bench, he heard the words, “Bless you.” It was the most extraordinary voice Nathan had ever heard…as if the son of God himself was speaking directly to him. Nathan looked around and saw a man in white linen robes sitting casually, sipping a cup of coffee and reading the Times. When they made eye contact, Nathan’s heart fluttered, and he felt as if pure liquid love was pouring out of every pore in his skin. All of a sudden, his body began to change. His pale, acne-ridden skin turned deeply tan and smooth. His beer gut transformed into washboard abs. From his balding scalp sprung gorgeous blonde locks of hair. His previously puffy face turned chiseled, as if sculpted by Jesus Christ himself.

And in fact, it was Jesus Christ himself!

Upon Nathan’s transformation, Jesus proclaimed, “My work here is done,” and snapped His fingers, vanishing from the spot and leaving no trace of his existence. Feeling confident and sexy for the first time in his life, Nathan sauntered back to his accounting firm and promptly announced his resignation. His co-workers did not recognize the newly gorgeous Nathan, so the effect was minimal. When Nathan returned home, he demanded a divorce from his wife (whom he needed to convince that he was the same person who left that morning) and told his two children that they were huge disappointments.

He booked a flight to South Beach, Miami, where he started a career as an Instagram influencer, posting suggestive, barely clothed photographs of himself with his hot Brazilian girlfriend Antônia. In just a few short weeks, Nathan had amassed a following of millions of adoring fans and had completely forgotten about his old, unsexy life. Jesus looked down from heaven beaming with pride and immensely proud of the good work he had done.