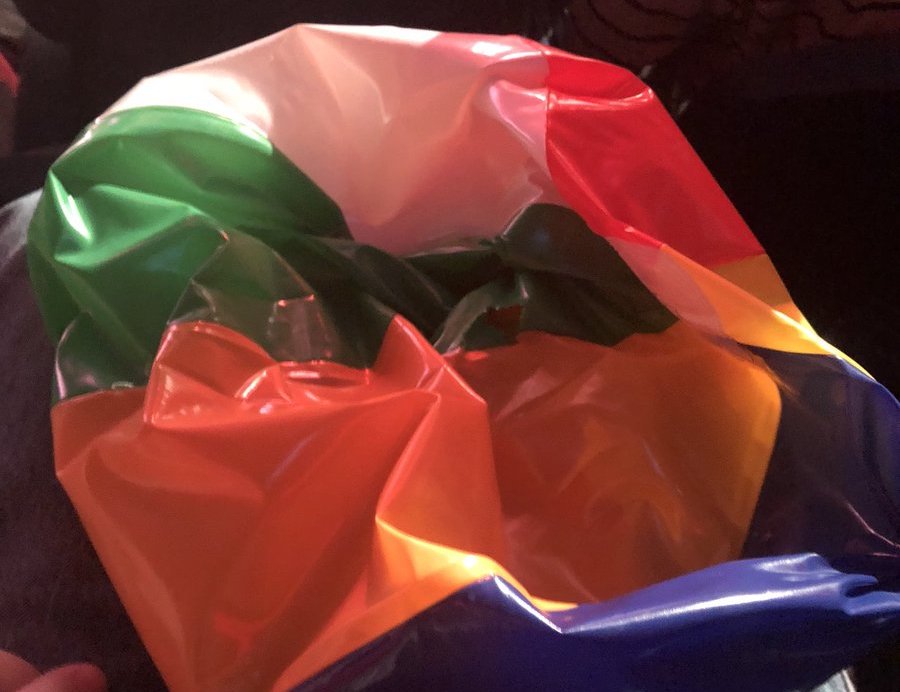 There is an occultist graveyard on the border of the Connecticut River. It’s maintained by feral, childish college students and devoted to honoring deceased balls of various kinds. It smells like sweat, mud, and blood. The torn apart, shovel-sliced, sometimes burned and melted remains of yoga balls, beach balls, and others lay flat atop the mud — each adorned with memorial notes written with silver sharpie on their rotting skin.

“Goudreault Ball Cemetery”, as it was labeled by thin sticks arranged on the ground, has been expanding rapidly. It began with just one dead ball two weeks ago. It is already home to more than two dozen ball corpses.

We have gathered that the growth of this cemetery is a consequence of a new game that the most feral of kids are playing nowadays. It is called simply “ball”. They get some sort of ball — any kind, but preferably large and round — and they chase it around like maniacs. They kick it off of things and each other. They hit it with things. They throw it at moving cars. All the while, they are yelling “ball!” “BALL!” “Ball!” In different tones, as though it is one word that can mean a million different things.

I once overheard one “ballplayer” ask others, “How do you win Ball?”

The overwhelming response was “Everyone is always winning. As long as you are playing Ball, you are winning. Otherwise, you are losing.”

I walk dogs for my retirement. One of my dogs tried digging up one of the dead ball skins once. When they did, a heard of scrappy riff raff people streamed out of decrepit houses nearby, screaming “Ball!” “Ball!” “BALL!”. They nearly kicked one of my goddamn dog’s head off. Little Cujo dropped the ball skin right away. The riff-raff frantically reburied it while rattling off “BALL” “BALL” “BALL” in every direction. They obviously care about balls and ball very much, almost to the point of being neurotic. It’s all they do. It’s a compulsion — When they see a ball, they can’t help but chase it and yell. Then others hear their yell and join in as well. I don’t know what their parents would think of all this.

For more articles by Sherry Wolverton, click here. To get in touch with this writer, email wolverton.sherry@surrealtimes.net.