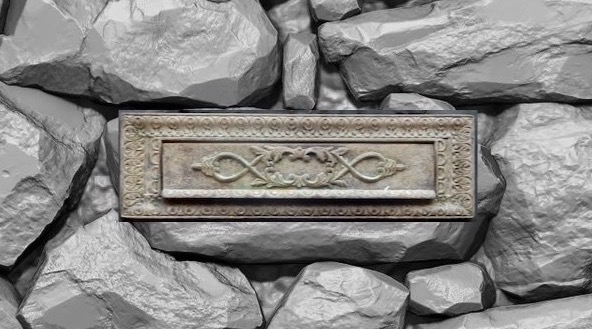 This article concerns journalist Dernberger Spengleton’s life partner. She is a wholesome, caring, wise woman. She gave him her eyes when his were ripped out from his eye sockets by a spider. Having somehow seen the goodness in him, she married him a moment afterward, entrusting him to forever act as her eyes.

She recently went missing after a long night spent brainstorming with Dernberger about how to save The Man-in-The-Castle-About-Which-the-World-Rotates from his self-inflicted trap. In days prior, while Dernberger was stagnant at his desk writing, she had been speaking with the man in the castle. For this and other reasons, she knew things Dernberger did not. She could not explain, but she felt it necessary for Dernberger to measure his height, wingspan, and circumference. When he gave her the measurements, after pondering for a moment, she burst into tears and ran from the apartment into the darkness. Her last words, muttered as she left, were “How novel?”

His partner has been missing for weeks, Mr. Spengleton was worried. He contacted police, who mounted an investigation. Citizens mounted a search party for the woman as well. It was all to no avail.

This was until she appeared with no warning in a downtown clothing store standing between an older woman and a levitating, sentient jar of swirling, humming neon liquid. This woman was Dr. Linda Peterson, who was supposed to be in prison. Somehow, she had escaped. The jar was labeled “Burgowitt _(PhD)_ _Intonation Fluid”.

A crowd followed behind them as they approached the site of The-Man-in-The-Castle-About-Which-The-World-Rotates, a.k.a., a windowless van made of stone, with a man trapped inside, viewable by the outside world only through a mail slot. While people, even Mr. Spengleton himself, tried to speak with them, they remained silent and stoic.

Mr. Spengleton, at first elated at the sight of his cherished partner, was soon brought to tears when she would not so much as look at him.

Police tried to detain the criminal Dr. Linda Peterson. However, as they did, Dr. Peterson said to the jar, "Burgowittz, protect me". The words “kib kibba kob!” reverberated from within the jar. It squirted a puff of neon flakes into the air, which coagulated into a fluttering semi-transparent force field around both Linda Peterson and Spengleton's Life Partner, as well as the levitating jar itself. When police tried crossing the force field, upon contact, they wiggled flamboyantly and yelled things like “kib kib dib kib slib”. They would fall backward and, seconds later, faint.

They arrived at the site of the castle. “Call your man”, said Dr. Linda Peterson. Hesitant, Dernberger Spengleton’s partner turned and opened her arms to Dernberger, final breaking her coldness towards him. Dernberger came running. A hole opened in the force field for him, so that he could embrace his life partner. It would feel so good to finally touch her again. But Linda Peterson said, “Burgowittz, get him”. The jar squirted gooey neon flakes which encompassed Spengleton and trapped him in a smaller, darker-colored forcefield. He could not escape. Tears fled from his eyes as he squirmed helplessly. His life partner said calmly but somewhat uncertainty, “It is for the best. This is the novel solution, what you and Theodore both wanted.”

Finally, Dr. Linda Peterson said, “Burgowitts, do it.” The jar squirted a jet of goey neon into the mail slot of the Castle About Which The World Rotates.

Theodore grumbled from the inside, “What the heck is this? All over my shirt.. Stop, you’ll drench my paintings! What the heck? Oh my gosh, it is tightening in on me. Argg, I can’t breathe. ”

And then, with a bright flash, everything changed. Dernberger Spengleton was gone. In his place, there was a pale, frail, half-naked man blinded by the sun which he had not seen for a long, long time. This old man fell to the floor out of weakness and overwhelming feelings of many kinds. He wrapped himself in the fetal position and cried. Another bright flash stunned him further. Dr. Linda Peterson, Dernberger Spengleton’s partner, and the sentient jar, all disappeared. In their place appeared two manicans identical to them in shape, plus an empty jar.

Dernberger Spengleton's face appeared from within the mail slot in The-Castle About-Which-The-World-Rotates. He did not speak much. All he said was, “Don't be scared, common people. I have seen with my own eyes the suspension strings of disbelief, as they connect The Hyper-Mundane plane to the Real and Surreal Planes. I now understand my destiny as The Tender to The Grand Conveyor.” The mail slot shut tightly, and the crowd was left to chatter and eventually disperse.

The pale man, Theodore, blinded by the sun, confused, weak, hungry, curled in the fetal position on the pavement. He was picked up by Surreal Times News Octopus Eddie Octo and given a place to stay for a while. Being carried away, he was seen looking intensely at the abstract sculptures in the Amherst common.