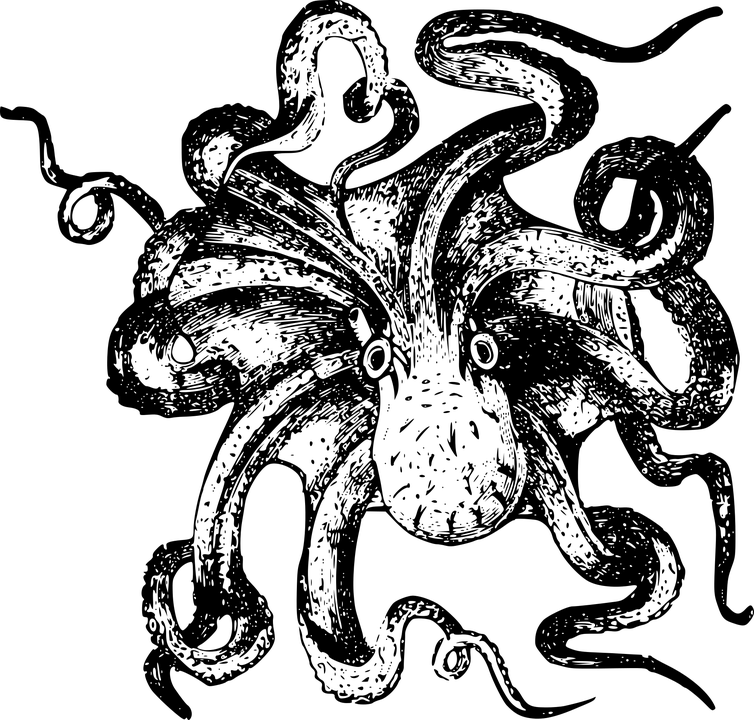 Eddie Octo, the Surreal Times miniature Newsoctopus, recently obtained his master's degree from the University of Dortmund. He has since received widespread congratulations for bridging new ground. People everywhere are excited by what he has done, and how he will apply Surreal Engineering to Journalism going forward. We are excited too!

At this time we are proud to announce that Eddie’s master’s thesis has completed the peer review process and is scheduled to be printed in the University of Dortmund Journal!

To read the full whitepaper, you’ll need a subscription to the journal or a copy of the coming month’s edition. But, being Eddie’s employer and benefactor, we have received early access and are happy to share some of Eddie’s work with you here!

Eddie’s thesis is entitled “Localized Temperature Erratics: The Abstract, The Real, and The Surreal”. It focuses on hypothetical small blobs of air which, under certain circumstances, suddenly becomes extremely hot or extremely cold. They remain at extreme temperatures for just a few milliseconds before returning to normal. Eddie says, “LTEs are interesting mathematically and also important in practice because they can be extremely dangerous.”

LTEs arise in nature when two blobs of air collide in a fluke: Many of their particles collide directly and energetically with one another, as opposed to indirectly or not at all. As a result, certain groups of molecules stop cold in one place; others rebound at extremely high speeds. “On the molecular level, this makes for instantaneous coldness or hotness sufficient to blow an airplane engine, to ignite a forest fire, or to freeze blood in a person’s main artery, thereby causing a clot with no observable explanation.” This phenomenon is rare because air molecules tend to be dispersed and unlikely to collide. But, chance collisions do happen, and when they do the effects can be catastrophic.

In the first section of the thesis, Eddie focuses on the history of LTEs. “The earliest recorded work on them was done by Henri Becquerel. Becquerel wrote out mathematical descriptions of Localized Temperature Erratics without ever observing them. He originally theorized LTEs by the inspiration of his early work with quantum tunneling (the idea that solid matter can under rare circumstances phase directly through other solids). However, Becquerel never did observe or find scientific evidence of LTEs himself. Despite this, Eddie Octo says that “Becquerel’s calculations hold strong today”.

In the second section of his thesis, Eddie describes many mysteries from the past century which he believes could be explained by LTEs. He specifically touches on the 1970 Bhola cyclone in Pakistan, the missing Malaysia Airlines flight 370 aircraft, and comedian Tommy Cooper’s sudden heart attack on television, in addition to other unexplained happenings. He says the cyclone could have been caused by a sudden LTE-spawned temperature shift resulting in sudden pressure changes in the air. He says the missing aircraft could have been taken down by a cold LTE freezing up its engines. And he says any LTE in the vicinity of the heart could be fatal without a trace.

Eddie provides evidence that LTEs could be to blame for these cases and others (including more detail in his thesis than is included here). He proceeds to analyze the properties of LTEs using rigorous computations.

In the “new results” section of Eddie’s paper, he presents his own experiments done in collaboration with Jason Humboldt (formerly of the UMass Amherst Atonal Music Listening Club). These experiments involved using low-frequency atonal and discordant music in order to prevent air molecules from coagulating into common paths. According to Eddie, rthis encouraged air molecules to pass by each other without direct contact. As a result, Localized Temperature Erratics were 87% less likely to occur.

Fortunately, LTE-preventing atonal music can effectively counter the LTE-promoting effect of tonal music under nearly all circumstances. Putting this knowledge into practice, one can dramatically lessen the chance of random catastrophe by playing Arnold Schoenberg’s music on repeat (or other atonal or discordant music).

The only counterexample to the atonal music approach of preventing LTEs, Eddie says, is surreal field warping. This overpowers, or, at least, counters, the effect of music on the development of LTEs. An engineer of surreality can create molecule-sized surreal vacuums just beside each molecule in a pocket of air, and simultaneously remove the surreal fields of other unrelated air molecules. By the principle of surreal warping, quickly every molecule in the initial pocket of air will have a neighbor appear immediately next to it, but moving in some arbitrary direction. This enables a very high direct particle collision rate. Because of this, LTEs become.

Fascinating, important work. Surely this Octopus has a bright future ahead of him!

[[We, The Surreal Times Staff, wish to note that we do have permission from both Eddie and the University of Dortmund to publish all information included here.]]