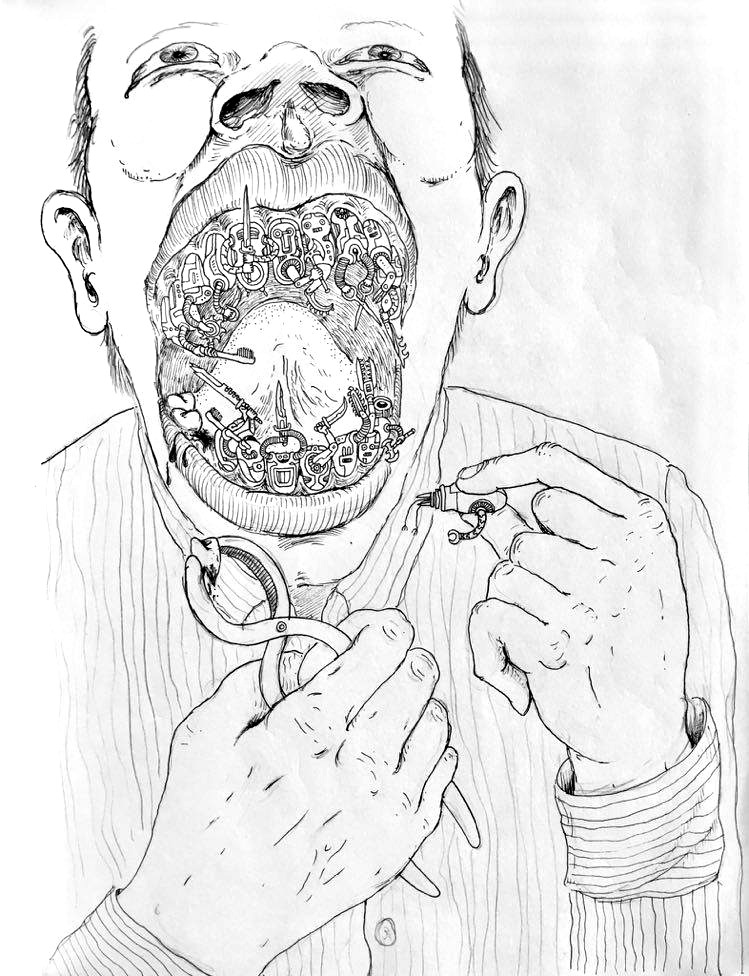 Today we mourn dentist Michael Giggs, who his friends say was known as a curious, inventive, energetic man.

On Christmas morning, Giggs was found alone in his office, pale-faced, mouth bloodied, having starved to death. The cause of death: the parasitic robotic teeth which he himself invented.

Months ago, Giggs shocked the dental industry when he surgically replaced his own teeth with small robots meant to chew for him and brush themselves. They worked fantastically well -- so well, that he inspired many others to follow in his footsteps.

Unfortunately, investigators say that his teeth, programmed to be artificially intelligent, had grown hungry. Greedy as they were, they would eat Giggs’ food before it had the chance to reach his belly. Realizing this, Giggs rushed to his office and attempted an emergency procedure remove his teeth. His plan was to get rid of them and quickly gulp down some fast food which he picked up on the way to the office.

But, deprived of nutrients, he was exhausted and could not think straight. He died with a scalpel in one hand and a MacDonalds happy meal in the other.

Mr. Giggs leaves behind two children, his wife, Marissa, and a dental practice appreciated by many far and wide. His funeral will take place on January 29th (email for details).

In his napkin-scribbled will, he begged that someone help those who followed in his footsteps, installing robot teeth of their own.

“Michael was the only one who knew how these robot teeth worked,” said Michael’s dental assistant. “None of us know how to remove them. It’s a disaster.” Whoever can save the 17 people currently doomed to be starved by their teeth, will be legally allowed to take over Michael Giggs’ lucrative dentist business as a reward.